After the wealth of NFC buzz at Mobile World Congress, we are witnessing a repeat at CTIA Wireless 2011 (the premier North American wireless show) in Orlando this week  with phones on show from Nokia, RIM and many using Android. 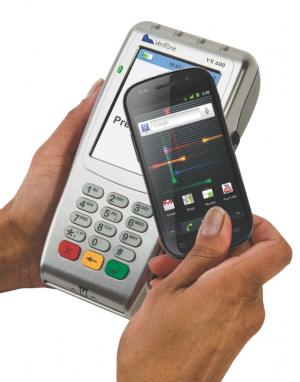 On top of the phone, the infrastructure deployments are gaining momentum. This is important for its success as is the creation of compelling services from retailers, banks and other actors as well as the right levels of security and trust. Speaking alongside Nokia and other companies during Monday’s NFC panel at CTIA, Jean-Louis Carrara of Gemalto stated that:

On Monday we announced a partnership with STMicroelectronics to develop a range of solutions to initiate and distribute digital security services for NFC (Near Field Communications) applications.  Through the partnership, we are filling the industry’s need for a secure element for trusted NFC applications.

NFC applications that allow consumers to use their mobile phone for actions such as contactless payment, transport ticketing and interactive promotions require the exchange of information that is often sensitive and private.  With mobile payments in particular, wireless carriers, retailers, transport providers and banks all have work together.  The mobile phone therefore needs a component that will provide the security and confidentiality necessary for all of the different types of sensitive applications.  This component is the known as the secure element (SE).

There are a few different way that a SE can be integrated into a mobile handset.  Some of the options for the SE in NFC-based mobile applications are:

The UICC is a great technology for the SE because it can store subscriber details – such as credit card account numbers, transit accounts, and mobile phone details – and keep these details separate and secure.  Storing the SE in the SIM/UICC also has the advantage of portability and is recommended by the GSMA.  Gemalto actually invented the standard by which the SIM/ UICC and the NFC chipset communicate, called the Single Wire Protocol (SWP).

There is never going to be a one-size-fits-all solution for all of the players in the NFC ecosystem.  Our partnership with ST gives us the opportunity to provide a range of secure NFC solutions, one of which involves embedded SEs with the ST NFC chipset and Gemalto’s secure operating system, mobile handset software, Trusted Service Management and secure personalization services.  We’ve designed it to be easy, turn-key and secure.

Such smartphone makers as Research in Motion and those using Google’s Android operating system are ordering embedded chips. The phones probably will also support NFC applications on SIM cards, which telcos want to use to store payment, ticketing and other secure applications.

It’s a really exciting time to be in the mobile telecommunications business.  Will 2011 really be the breakout year for NFC? Analysts are estimating that 70 million handsets this year will come equipped for NFC, ready to dramatically change the way we pay and interact with the world.  It looks like 2011 will be the year that we will get the NFC-capable handsets in our hands, while 2012 and beyond will be the time when NFC-based applications and services start to really take flight.

If you’re in Orlando this week please visit our booth (#2421) where we will be showing the latest NFC solutions and more.

The hustle and bustle of CTIA 2013 has come to an end. But don’t despair, there is still much to talk about and we are not adhering to the popular…

Bertrand Leroux discusses the opportunities that the burgeoning mobile phone roaming market offers. He explains how telecoms companies are not maximising their potential by directing their users to the cheaper…

Mobile marketing is definitely growing but the mainstream emergence of mobile advertising will not be without a few bumps in the road. Here are a few which mobile marketers will…